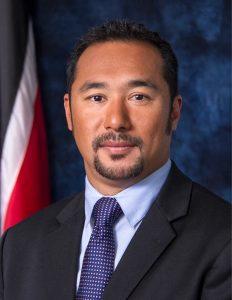 Minister of National Security, Communications and Minister in the Office of the Prime Minister, the Honourable Stuart Young

The Government of the Republic of Trinidad and Tobago is pleased that the Civil Asset Recovery and Management Unexplained Wealth Bill 2019 was passed in the Lower House last evening, April 8, 2019.

The Bill received the unanimous support of Government and Opposition Members of Parliament.

“We are satisfied that citizens can be comforted that this Bill is an important piece of legislation in the Government’s fight against crime. We believe it is pivotal in pursuing those who profit from the proceeds of crime and bringing them to justice,” said Minister of National Security, Communications and Minister in the Office of the Prime Minister, the Honourable Stuart Young.

The Government worked all weekend to improve the Bill in order to ensure it balances the rights of citizens and tackles organized crime. The majority of amendments to the Bill, and certainly the substantial ones that were agreed to, were the product of the Government’s work over the weekend.

The Government remains committed to protecting the rights of all law abiding citizens and is prepared to do what is necessary via legislation and other strategies to ensure the safety and security of all citizens.