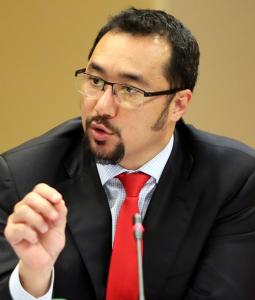 I wish to respond to an article by Renuka Singh, published in the Guardian on Saturday May 25, 2019 under the headline: ‘No one will be turned away —Young’.

The article stated: “But Young's admission that "no one will be turned away", seemed to contradict the PM's statement.”

The article editorialised and forms a conclusion which is not supported by facts or context.

Contrary to what is suggested, my position is the same as that of the Prime Minister on the issue of the Venezuela Migration Registration Process.

I told reporters at yesterday’s media conference: “Of course the registration centres can only take a certain number of persons on a daily basis so what we will be doing is trying to manage that process. No one is going to be turned away.”

This was misused and quoted to suggest that no one would be turned away at our borders. I maintain that we continue to do all that we can to patrol our borders and uphold the law.

The quote used in the article, was made part of a wider explanation and assurance that no one will be turned away from the registration centres.

Yesterday I reiterated the Prime Minister and the Government of the Republic of Trinidad and Tobago’s (GoRTT) policy on the Venezuela Migration Registration Process while reassuring citizens that Venezuelans who are ex-convicts and would have committed serious crimes, will not be granted registration status in Trinidad and Tobago and will be deported.

I stated: “At the end of the day Trinidad and Tobago continues to respect its international treaty obligations but I am saying here very clearly, that this Government as you heard the Prime Minister say yesterday, at the end of the day this Government is very clear that its first mandate and its first priority are to the people of Trinidad and Tobago.”

I hope that this clarifies any misconceptions that there is a difference between the Prime Minister’s position and mine as the Minister of National Security on the issue of the Venezuela Migration Registration Process.

Minister of Communications and

Minister in the Office of the Prime Minister