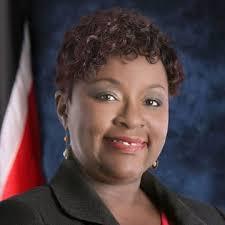 The Honourable Camille Robinson-Regis, Minister of Planning and Development is announcing for public information that approval has been granted for the Ministry of Planning and Development and the Ministry of Housing and Urban Development to engage the Inter-American Bank (IDB) in discussions towards the development of a loan proposal for an Urban Upgrading and Revitalisation Programme with an indicative sum of US $50 million.  Other collaborating agencies for the implementation of projects as part of this Programme include the East Port of Spain Development Company Ltd., the Trinidad and Tobago Housing Development Corporation (HDC) and the Land Settlement Agency (LSA).

One general objective of this Programme is to improve the quality of life of low and middle income households in the main urban corridors of Trinidad and Tobago.  This will be done through the regularization of squatting, expanding access to adequate housing and channeling resources towards stimulation of the construction sector.  Urban renewal through The Regeneration of Piccadilly Street Project has already been announced publicly, Minister Robinson-Regis is emphasizing that a similar approach will be extended to other selected communities in Tobago as well as to other areas across Trinidad.  Other components of the Programme will involve: regularization of squatters in urban areas, housing subsidies for home improvement and new home construction as well as affordable housing finance.

Another component of this Programme initially aims to bring relief to over 10,000 families, in 25 identified communities from Point Fortin to Diego Martin, who live in slum conditions in our key towns and cities.  This will involve the provision of potable water with pumps and infrastructure upgrades where necessary, the provision of safe electricity supplies where needed, paving of roads, footpaths, sewerage systems and other infrastructure providing comfort to residents.  The Minister also states that other factors such as traffic congestion, the high incidences of informal settlement, the increasing neglect of urban centers and public transportation among others are also intended to be addressed as part of this Plan.  It is projected that an agreement will be reached with the IDB in the fourth quarter of 2019.

Minister Robinson-Regis further took up the discussions with the IDB in her capacity as Trinidad & Tobago’s Governor in the IDB at the Board of Governors Meeting on July 16-17 in Ecuador.  During this meeting, discussions also focused on addressing other issues posing challenges in the region such as climate change, strengthening environmental resilience, increasing agricultural production and food security and digital transformation.  Strengthening the private sector was also a major topic, with the IDB recently providing loans to Republic Bank, Unicomer and Trinidad and Tobago Mortgage and Finance.

The Urban Upgrading and Revitalisation Programme reflects Government’s understanding that decent shelter is among the most significant needs of the poor and vulnerable; it is anticipated that the implementation of the new Urban Upgrading and Revitalization Programme will contribute to  the medium and long term goals of reducing poverty in Trinidad and Tobago.  This is part of the Government’s aim to achieve the Sustainable Development Goals (SDGs) through the National Development Strategy, Vision 2030, under themes 1: Putting people first, nurturing our greatest asset and 3: improving productivity through quality infrastructure and transportation.