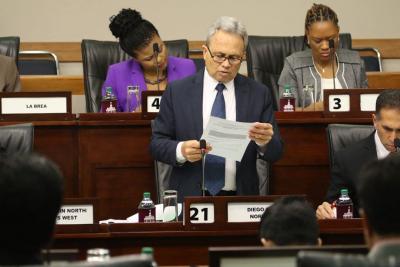 May 26, 2017: In the Newsday of Friday 26th May, 2017, in an article entitled “Colm: Tax registration is voluntary” it is erroneously stated that the Honourable Colm Imbert, Minister of Finance, said that Opposition-linked attorney Anand Ramlogan was right to argue that people are not obligated to pay property tax and further, that the Minister said that people are not obligated to pay the tax by June 5th 2017.

The Minister of Finance said nothing whatsoever about the payment of property tax.

Instead, the discussion at the post-Cabinet Press Conference revolved around the submission by property owners of Valuation Return Forms on a voluntary basis.

It should be noted that there is a huge difference, both conceptually and literally, between the submission of forms on a voluntary basis and the payment of property tax and if this Newsday article is not corrected, the public could be misled.