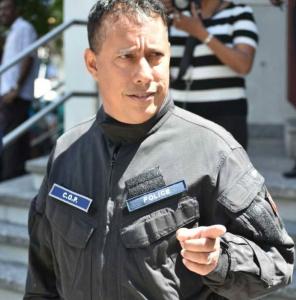 The Elections and Boundaries Commission (EBC) is aware of statements made by the Leader of the Opposition, Kamla Persad-Bissessar during a political meeting at the St. Mary’s Government Primary School in Moruga, on Monday, April 15, 2019. At that political meeting Mrs. Persad-Bissessar stated that, “…the EBC has corrupt officials and….EBC members were colluding with the PNM”. The EBC denies these allegations. The EBC however adds that should Mrs. Persad-Bissessar or anyone have evidence that EBC officials are involved in any corruption whatsoever these persons should provide same to the relevant authorities.

The EBC welcomes any investigation by the Commissioner of Police (CoP) into its operations as this will assist in dispelling any public concerns and fears.

Mrs.Persad-Bissessar also accused the EBC of shifting polling divisions to favour one party over another. Under subsection 72(1) of the Constitution, the EBC is required to review the number of boundaries and constituencies into which Trinidad and Tobago is divided, for the purpose of elections and to submit to the Parliament. The EBC, as required by law, has submitted the 2019 Report of the Elections and Boundaries Commission on the Review of the Constituency Boundaries Pursuant to Section 72 of the Constitution of the Republic of Trinidad and Tobago, dated March 14, 2019 and the Ninth Report of the Election and Boundaries Commission under the Municipal Corporations Act, Chapter 25:04 and the Elections and Boundaries Commission (Local Government and Tobago House of Assembly) Act , Chapter 25:50 for the Purposes of Local Government Elections dated June 12, 2017. Both Reports provide recommendations for the alteration of polling divisions to maintain a fair distribution of the electorate. The EBC’s analysis is always objective based on the statutory guidelines and designed to facilitate confidence in the democratic process.

The EBC views these statements and allegations of corruption and collusion with political parties with no evidence of same as unfortunate as they erode the credibility of the institution. Should an investigation reveal evidence of impropriety, the EBC gives the public the assurance that any perpetrators will be prosecuted to the fullest extent of the law.

The EBC remains committed to ensuring integrity, accountability and transparency in its operations.