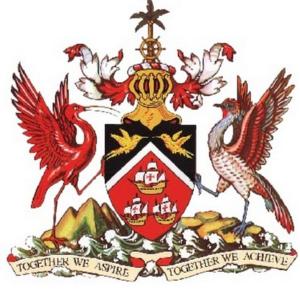 1. The Office of the Attorney General instituted legal proceedings against the Registrar of the Supreme Court, the Commissioners of Police and Prisons by Fixed Date Claim Form on December 23, 2019, on the same date The Dangerous Drugs (Amendment) Bill, 2019 was proclaimed by Her Excellency, the President, and became law.

2. During the course of these proceedings, the Attorney General successfully obtained all the Orders it sought from the Court including the potential of thousands of persons being entitled to have their criminal records expunged and to make applications for pardons before the Mercy Committee.

3. Specifically, pursuant to submissions made on behalf of the Attorney General, the Honourable Mr. Justice Jack, by Order dated December 27, 2019, varied the Bail Orders of two (2) minors from Tobago who were in custody at the Youth Training and Rehabilitation Centre, and both minors were subsequently transferred to Tobago and released into the custody of their guardians. The matter was then re-scheduled with a short time –frame to January 6, 2020.

4. On January, 6, 2020, the Court was informed of the preliminary data received from the various District Courts and the Trinidad and Tobago Prison Service which revealed the amount of persons on bail in the sum of approximately 505 persons across the various Magisterial Districts. Thereafter, the Court considered the information presented to it, expressed its urgent concern with those persons in custody, and adjourned the matter to January, 14, 2020 for a report on same.

5. In accordance with the Court’s directive, and the information supplied by the Trinidad and Tobago Prison Service, on January 14, 2020, the Attorney General caused the release of information pertinent to two (2) inmates: Brian Prince and Kenrick Sylvester. Subsequently, the Court granted both inmates their own bond in the sum of $500.00.

6. As a consequence, the Attorney General is pleased to report that the said inmates were released from the Remand Prison, Golden Grove, on Wednesday 15th January at 11:23 a.m.

7. Further, the Court was also informed that upon the receipt of further information from the District Courts, the number of persons on bail increased to 699, and will increase further as the information is provided. This number does not take into account those persons already convicted (approximately 67) and who are entitled to have their matters also expunged and pardoned.