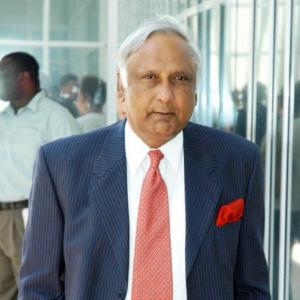 The Judiciary of the Republic of Trinidad and Tobago laments the passing of Retired Chief Justice Mr. Justice Satnarine Sharma T.C., C.M.T.

Mr Justice Sharma commenced his service with the Judiciary as a Judge of the High Court from 1984, and served as a Judge of the Court of Appeal from 1988. He was appointed Chief Justice on July 18, 2002, and retired from office on January 23, 2008.

Former Chief Justice Mr. Justice Satnarine Sharma will be remembered for his administrative leadership and a humility that endeared him to staff at all levels.

The Judiciary extends condolences to his family.

May his soul rest in peace.