Condolences on the passing of Edward Seaga 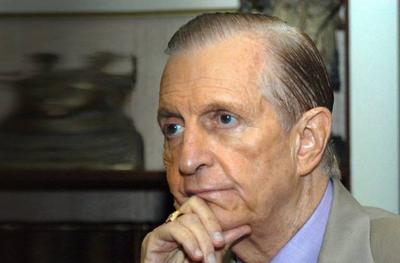 It was with a deep sense of sadness that I received the news today of the passing of former Prime Minister of Jamaica, Edward Phillip George Seaga.

Seaga’s service to the people of Jamaica and by extension the Caribbean, spanned several decades. He began his political career in 1959 when he was selected by the founder of the Jamaica Labour Party (JLP), Sir Alexander Bustamante to serve in the Upper House of the Jamaican Parliament.

This Caribbean political stalwart who was instrumental in the drafting of the Jamaican Constitution, served as Jamaica's fifth Prime Minister and Leader of the Opposition on two occasions. This period of service spanned 43 years of dedication to public service, particularly to the people of Jamaica.

Having retired from active politics, he was appointed an honorary distinguished fellow at the professorial level at the University of the West Indies (UWI), and recently served as Chancellor of the University of Technology (UTech), Jamaica.

This enduring legacy remains the hallmark of an outstanding architect of the independent Jamaica.

On behalf of the Government and people of Trinidad and Tobago, in this time of loss and appreciation for a life of service, I express sincerest condolences to the family of Edward Seaga and to all the people of Jamaica.

As Caribbean people while we are poorer for his passing we can take comfort in being richer for his unstinting dedication and service to all of us.