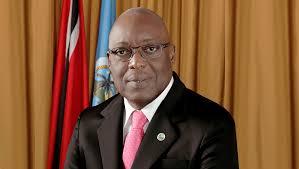 The Chief Secretary of the Tobago House of Assembly, Honourable Kelvin Charles, has condemned the malicious act at the Port of Scarborough on Monday, 24th June, 2019 and issued the following statement:

“I take this opportunity to condemn today’s act of mischief at the Port of Scarborough, which resulted in a delay in the departure of the T&T Spirit and much inconvenience to passengers.  At approximately 5:12 a.m. a phone call was received at the Port of Scarborough, with the caller indicating that there was a bomb on the ferry.  All the emergency services were immediately informed.  Passengers were required to disembark and vehicles removed as the T&T Spirit was thoroughly checked by the Trinidad and Tobago Police Service and the Trinidad and Tobago Fire Service, and subsequently cleared for departure.

“This caller has carried out a despicable act and it is a clear act on the part of a person or persons, intent on destabilizing the situation in Tobago and in Trinidad now that things are running quite smoothly on the sea-bridge, with confidence being restored.  I consider it an act of desperation and this is how far some are willing to go; they will even put you, the population of our beautiful and peaceful island, at risk.  We, at the Tobago House of Assembly, view this act as unpatriotic as it is an act against the Government and people of this country; the people who just want to travel between our islands for work, business or leisure and we condemn it in the strongest possible terms.  Let me thank the Emergency Services for their swift response to this situation.  Thank you.”

The T&T Spirit, which was scheduled to depart at 6:30 a.m., eventually got underway at 9:10 a.m. with 669 passengers and 120 vehicles on board; while the Galleons Passage departed Port of Spain at 9:35 a.m. with 79 passengers.  The M.V Cabo Star sailed from Port of Spain at 4:00 p.m. instead of 2:00 p.m. as initially scheduled, to facilitate increased security checks.