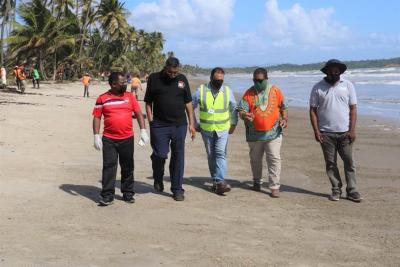 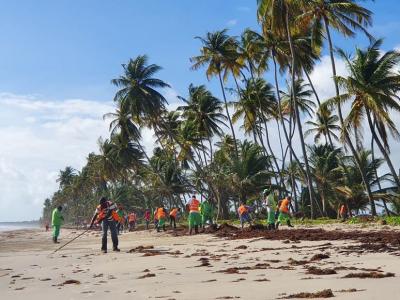 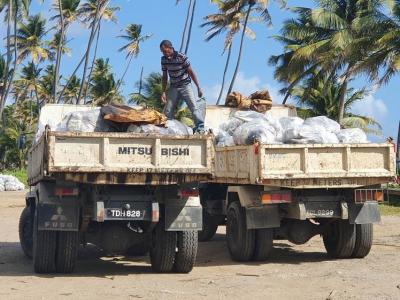 January 30th, 2020 – The CEPEP Company Limited launched its coastal clean-up initiative for 2021 at the Manzanilla Beach Resort yesterday. This programme will allow the company to further strengthen its relationship with governmental agencies, organizations, NGOs, and individuals in order to combine resources and efforts to clean and beautify our nation's coastline.

Yesterday’s successful coastal clean-up exercise brought together thirty-five (35) contractors and approximately four hundred and fifty (450) CEPEP workers. These workers were spread across the five (5) kilometre stretch of Manzanilla coastline and roadway. By lunch time, twenty-two hundred (2200) bags of garbage including plastics, styrofoam, fishing nets and textiles were collected. Workers also cleared mounds of sargassum which had accumulated over miles of the coastline.

This programme was officially launched in July 2019 and has seen several beaches such as Carat Shed Beach in La Brea, Dean’s Bay in Chaguaramas and La Retreat Beach in Moruga being cleaned on a continuous basis. The Company also routinely cleans the Caura River and Guayama River areas. CEO, Mr. Keith Eddy reflected on the exercise by saying, “We are cleaning up the country one area at a time.” He urged all CEPEP workers to be proud of the work that they are doing to protect the environment and improve the lives of people in their communities and further called on them to continue to perform their duties with care and dedication. He also issued a public appeal to citizens to “desist from littering as we are supposed to protect these beaches that we love to patronize”.

Also present at yesterday’s clean-up exercise was Chairman of the Sangre Grande Regional Corporation (SGRC), Anil Juteram, former Chairman, Terry Rondon, Vice-Chairman, Kenwyn Phillip and other members of the SGRC Council. Juteram and Rondon both praised the tremendous work done by the CEPEP Company and pledged their continued support for these environmental programmes. The Sangre Grande Regional Corporation provided three (3) waste removal trucks for the transport of garbage from the area.

The CEPEP Company Limited intends to continue its coastal clean-up initiative with one beach being identified and cleaned every month.