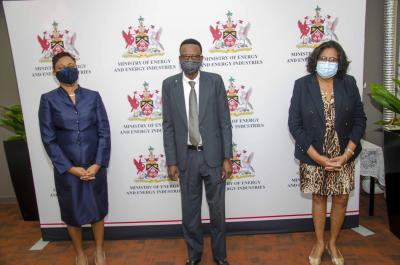 On February 18th, 2021, the Cabinet agreed to the establishment of a Carbon Capture and Carbon Dioxide (Co2) Enhanced Oil Recovery Steering Committee. The mandate of the Steering Committee is to manage the implementation of a Large-Scale CO2 EOR Project to increase Trinidad and Tobago’s oil revenue and to address the reduction of carbon dioxide emissions, carbon capture and carbon sequestration.

Trinidad and Tobago ratified the Paris Change Climate Agreement in February 2018, which signalled the country’s commitment to reduce its greenhouse gas emissions.  Carbon capture, utilisation and sequestration is seen as integral to  a net zero future by international agencies such as the International Energy Agency(IEA) and the Intergovernmental Panel on Climate Change(IPCC), while being cost effective and commercial.

It is envisaged that the project would involve the use of carbon dioxide for Enhanced Oil Recovery in the oil fields of Heritage Petroleum Limited (Heritage) in Point Fortin central area. The initial focus of the Committee would be the identification of suitable reservoirs in the Heritage producing areas such as Point Fortin, Guapo, Gran Ravine and Forest Reserve where Heritage would have the lead and be responsible for the implementation of the project.

The technical studies required to advance the work of the Steering Committee is to be funded by the Ministry of Energy and Energy Industries from the Research and Development Funds contributed under the Production Sharing Contracts wherein research and technical studies are to be conducted, where available, through UWI, St. Augustine, and/or the University of Trinidad and Tobago (UTT).