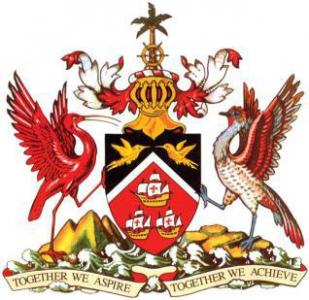 The Minister of Finance in his Budget Presentation in the House of Representatives on 05 October 2020 proposed the following measures with respect to the Motor Vehicle Industry:

The intent of these policy interventions was made clear in the Minister’s Presentation, i.e. to reduce the demand for motor vehicles and reduce the serious leakage of foreign exchange.

Based on current trade data, over 25,000 motor vehicles are imported annually with a value of approximately TT$2.5 Billion which cost the country approximately US$400 Million in scarce foreign exchange.

The work of the Roadmap Recovery Committee appointed by the Honourable Prime Minister has underscored the need for a serious reality check on the entire country; and the urgent need to adjust our economic priorities.  In this regard, the Government of Trinidad and Tobago has prioritized the availability of foreign exchange for the importation of food, medicines and inputs into manufacturing.

Over the years, the Government of Trinidad and Tobago has ensured that members of the Foreign Used Car industry have not been disadvantaged as the full allowed Quota in the industry was made available to Registered Dealers. The current Quota System in effect in the Foreign Used Car industry is thirteen thousand five hundred (13,500) for Gasoline, Diesel and Hybrid Vehicles and one thousand five hundred (1,500) for CNG vehicles. It should be noted however, that the average cars that are actually imported by all Registered Dealers are significantly less than 10,000 units per annum. In other words, Registered Dealers have not been utilizing their approved quota allocations.

The Ministry of Trade and Industry (MTI) has been working assiduously over the years to improve the efficiencies in the Foreign Used Car Industry and is committed to its sustainability. For example, in March 2020, the Trade Licence Unit (TLU) introduced a new “Dealer Import Licence” that incorporates Customs Codes to address the various engine sizes and vehicle fuel types.  As such, all registered User Car Dealers no longer have to apply for multiple licences and make several visits to the TLU during the year.

With respect to the operation of the new car industry, the Government of Trinidad and Tobago assures the public that it will work with all relevant stakeholders in a transparent manner to give effect to the announced policy change.

All Car Dealers, both Foreign and New, are called upon to collaborate with the Government to make the necessary national adjustments to conserve the leakage of scarce foreign exchange.