All contractual obligations to Plastikeep fulfilled 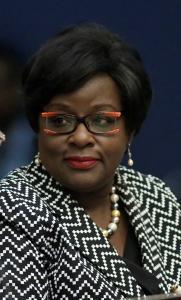 As the project approached the end of Phase 2 in March 2015, the organization lobbied in the public domain for continued funding which was granted for Phase 3 which commenced in April 2015. The project was approved and certified for a period of 6 months with an interim budgetary allocation for the period April 1st, 2015 to September 30th, 2015. This funding was further extended to March 31, 2016. We would like to reiterate that the Government has therefore fulfilled all of its contractual obligations to Plastikeep.
The Minister of Planning and Development would also like to highlight that all bins owned by the Greenlight Network under the Green Fund Funded Project are the property of the Government of the Republic of Trinidad and Tobago and not that of Greenlight Network/Plastikeep. This has been agreed to in a Memorandum of Agreement between the Government of the Republic of Trinidad and Tobago and Greenlight Network GLN) first signed in 2010. Clause 6.6 under General Provisions states ‘6.6 Equipment purchased by the Organization with funds disbursed by the Ministry shall be the property of the Ministry and shall be used for the purpose indicated in Annex A throughout the period of this Agreement’.
Since 2015 discussions have been undertaken with respect to the Environmental Management Authority (EMA) absorbing all of the responsibilities of Plastikeep and since then, the ICare programme has been launched which undertakes the collection of glass, plastic and tetra-packs for recycling. The Greenlight Network has also been asked to partner with the EMA to undertake the ICare Programme, an offer which has not yet been accepted.
Minister Robinson-Regis would like to emphasise that this Government is serious about the environment and has supported the Plastikeep project in the past and is still showing support through its encouraged inclusion in the ICare Programme. Discussions have been held in this regard and we still anticipate a favourable response from the Greenlight Network.