All CEPEP workers to get increased wages: No reduction in working hours or workers 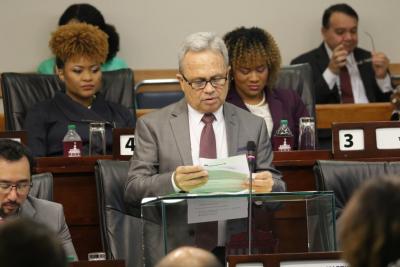 In that article, the Guardian quoted Senior Lecturer Dr. Bishnu Ragoonath as making unfounded claims that the announcement of an increase in CEPEP workers’ salaries by the Minister of Finance was an “election ploy” and a “trick”. Dr. Ragoonath went on to say that because of what he perceives to be a reduced allocation for CEPEP in 2019/2020, either the number of hours that CEPEP workers work will be reduced or their numbers will be reduced, resulting in less pay.

Simply put, Dr. Ragoonath is wrong, and it is inexcusable and irresponsible for a Senior Lecturer at UWI, who is also ironically the Chairman of the Council for Responsible Political Behaviour, to make these baseless and scandalous statements, without any facts. While it is a challenge for some persons to understand the process of annual budgetary allocations, this kind of reckless commentary is not expected from the Head of the Department of Political Science at the UWI.

It is unscientific, illogical and bordering on political mischief for a supposedly neutral commentator to look at a mere number in the Estimates of Recurrent Expenditure and extrapolate the figures to conclude that the Minister of Finance is tricking CEPEP workers as an election ploy, and that Government intends to either reduce the working hours or the numbers of CEPEP workers in 2019/2020.

Even a cursory glance at the Estimates over the years will reveal that the budgetary allocations for all projects and programmes are routinely revised during the year and supplemented, as and where required. At the end of any fiscal year, the record will show that the final expenditure in any programme is always revised upwards or downwards, based on circumstances and need. Indeed, it goes without saying that that is what the annual Mid-Year Review is for. Any analyst worth his salt would also be familiar with the routine processes of virement and transfers and supplementary appropriations.

Any analyst worth his salt will also know that in any programme of the Government there are extraordinary or one-off items of expenditure, such as capital projects, procurement of goods and services and settlement of legal matters, in any given year, that do not carry forward into the next year. Indeed, through prudent management under the current administration, CEPEP’s annual expenditure is now $200 million less than it was in 2015.   The Minister of Finance therefore wishes to assure all CEPEP workers that they will get their increased salaries in December 2019, if not before, and, contrary to today’s Guardian front page story, their numbers and working hours will not be reduced.