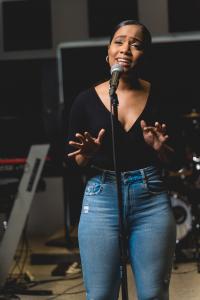 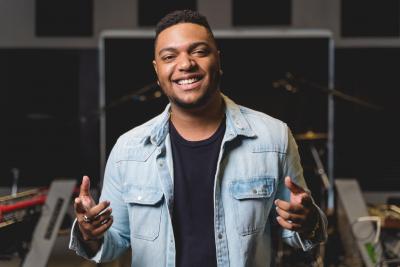 Port of Spain, 15th December 2020: The Trinidad and Tobago Music Company Limited (MusicTT) hosted its Spotlight Selection Showcase 4 on Friday 11th December at 8 PM where 6 artistes were selected be a part of the 4th cohort of Spotlight: an Artist Portfolio Development Programme.

The Showcase, hosted by Khary Roberts, was live streamed and saw approximately 250 online viewers and within 24 hours, an additional 350 unique viewers. Viewers witnessed 19 of Trinidad and Tobago’s talented artistes and musicians perform for a chance to make it into the 4th cycle of the programme.

Arielle Alexa is a singer/songwriter with a shy past. She knew she had the talent from an early age but was always too timid to pursue singing seriously. However, when Arielle set foot into her first audition, it was love at first song and she never looked back. In 2019, Arielle toured India twice with DJ Bravo and his team to perform their successful singles “Love You Baby” & “2 easy” which, combined, have over 2 million views on YouTube.

Blair is a singer, songwriter and young upcoming artiste from Cascade, Trinidad. The 25-year-old’s passion for music, specifically Soca music, has been developing from an early age. Blair started performing at the age of 7 and has been growing and building his craft ever since. During his young life, Blair has had the opportunity to live in various cultural environments such as Trinidad, the UK and the US, developing a diverse and all-round musical appreciation.

Carlton Louison is a versatile artist with uncompromising beliefs. He grew up loving gospel greats like Fred Hammond and Kirk Franklin and, in 2006, produced his debut Gospel Album " Praise Him Up" which is currently available on Apple’s iTunes. His group opened for Donnie McClurkin and represented Trinidad and Tobago at the prestigious Barbados Gospel Fest in 2008.

Ishana, born Sarah Ishana Seukeran is a 23-year-old indie-pop singer songwriter from Carenage, Trinidad. After getting a taste for the music industry as a rhythm guitarist for local band The Flick, Ishana launched a solo project showcasing her original music which blends confessional songwriting with pop melodies all informed by her love for a wide variety of musical styles including R&B/Soul, Jazz, Reggae, Pop/Rock and many more. In April 2020, Ishana released her self-produced debut EP ‘Dear Anxiety’ which showcases this eclectic musical style through five unique tracks.

Shurnelle Spencer grew up in the twin Island of Trinidad and Tobago. She developed a love for different forms of the Arts in her early childhood. Music, painting and poetry became the truest form of expression for her. Shurnelle has developed her musical gift and has a passion for reaching others through song. She has spent time within the gospel arena doing background vocals for local artistes like Nisa Nora, Marc Isaacs as well as international artiste Vashawn Mitchell.

Yelena, has been singing since the age of seven years old and is a professionally trained Vocalist. Her unique style and fusion of sounds make her stand out as a versatile singer. In a heavily populated male genre, Yelena fits right in with the touch of her vocal sound of contemporary gospel and R&B on a dancehall rhythm fused with pop, afro tones and percussions. Her passion is to send a gospel message through music in a way no one else can.

These artistes will begin their 9-month journey of business development, skills training and music export activities in January 2021. MusicTT will facilitate various aspects of the development and training in the areas of Branding and Styling, Vocal/Instrument and Stage Performance training, Workshops and Consultations on Intellectual Property and Social Media Management and Mentoring to name a few.

“The crop of applicants this year made it terribly difficult for the judges to come to a decision – It was both highly entertaining to witness as well as nerve wrecking. We are proud of all the performers who came out to shine at the Spotlight Selection Showcase 4 and look forward to working with the 6 who have made it into cohort 4 of the Spotlight programme. We strongly encourage those who were not selected this year to re-apply next year and keep working diligently at your craft.” – Melissa Jimenez, General Manager, MusicTT.