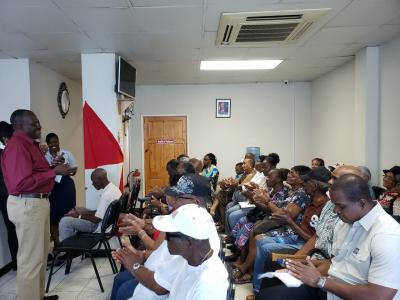 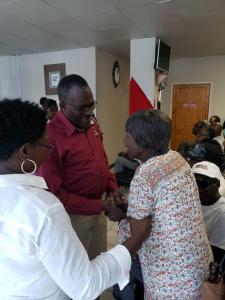 Thirty-one (31) residents from Techier Village, Point Fortin are now holders of 199 year leases from the Trinidad and Tobago Housing Development Corporation (HDC). The presentation of these leases, took place on Tuesday November 5, 2019, at the Office of the Member of Parliament for the area and Minister of Housing and Urban Development, Major General (Ret’d) Edmund Dillon. One of the recipients was ninety-five-year-old Sylvia Branker who moved to the village in 1942 at the age of eighteen (18) years.

In addressing the residents, most of whom were over the age of seventy (70) years and unable to make the journey to the HDC’s head office to complete the process, the Minister stated that "this a defining moment for the residents of Techier Village, as the renewed 199 year leases can be passed on to future generations." He added, "many of you have worked hard to contribute to the borough of Point Fortin and you are finally getting what is justifiably due to you".

In the 1940s, Techier Village housed the junior employees who worked at the Shell refinery. At that time, the village fell under the remit of the Commissioner of State Lands and residents were initially granted a lease of Crown lands for thirty (30) years, which had expired. In 2017, the housing community was handed over to the HDC who will now be responsible for renewing and updating their lease agreement.