“Live at NAPA” celebrates our story 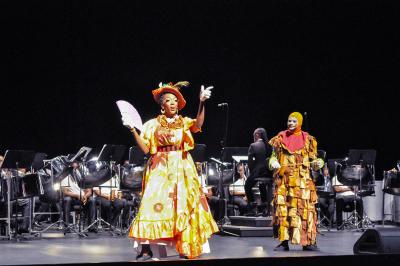 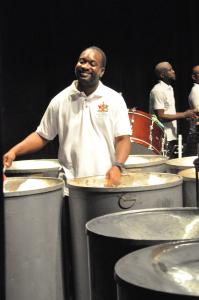 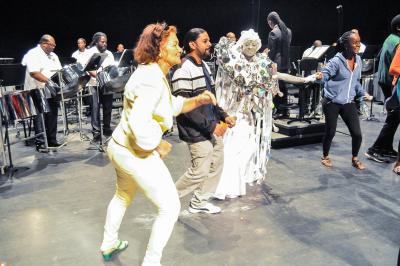 The 2019/2020 cruise ship season is in full swing.  “Live at NAPA” was born to tell the story of Trinidad and Tobago’s cultural diversity through theatre and music in two capsule daytime concerts.

With the support of the Ministry of Tourism and the University of Trinidad and Tobago, the first concert was held on January 23, 2020 in the Lord Kitchener Auditorium, NAPA. The audience, which included passengers of the Cruise ship MSC Preziosa, were taken on a musical and thematic journey by the National Steel Symphony Orchestra and the National Theatre Arts Company who brilliantly orated a compelling story, highlighting each wave of colonialism and how our carnival characters emerged from these chapters of our history.

In portraying the Midnight Robber, Dame Lorraine, Baby Doll, Pierrot Grenade, Burrokeet, Fancy Sailor and ‘Iere’ (Mother Trinidad and Tobago), the cast of the National Theatre Arts Company explained their character’s  identities in a way that reignited an appreciation for traditional mas characters. Their costumes seemed to have that extra sparkle as they danced through their narration. The National Steel Symphony Orchestra’s musical repertoire accompanied each ‘act’ on stage, celebrating some of our greatest compositions including Andre Tanker’s “Morena Osha” and Mungal Patasar’s “Dreadlocks.” At the end of this 45 minute presentation, the characters brought the audience on stage as they all danced to David Rudder’s “High Mas”.

The afternoon concert was equally enticing with a performance from dance and music students of UTT’s Academy for the Performing Arts, directed by Mr. Kwame Ryan. Titled “UTT Jazz and Dance”, the performers, included the talented Quinton Neckles who participated in the NSSO's ‘Fusion the Jazz Experience 2019’ concert. This second concert showcased the prowess of Trinidad and Tobago’s emerging artistes as highly skilled and ready to take on the world.

Audience members left in awe and were in high praise of the performances. To compliment the theme of “Live at NAPA”, the Community Development Division of the Ministry of Community Development, Culture and the Arts facilitated a mini craft market for visitors, many of whom bought souvenirs of local handicraft for their friends and family.